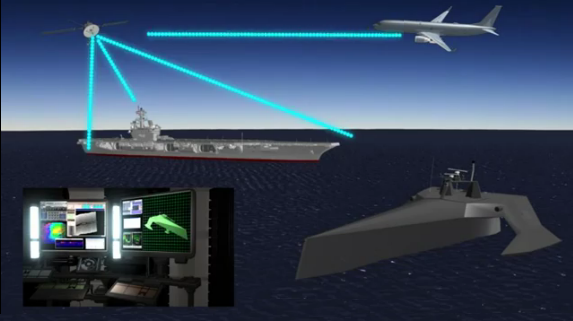 The spread of new technologies will dramatically affect operational planning and execution by both friends and adversaries. Future enemies will pose asymmetric threats by employing mines, missiles, and submarines that benefit from technological advances in enhanced propulsion, quieting techniques, and weapons technologies. Adversary capabilities may also include Weapons of Mass Destruction, which will threaten friendly nations, fixed military bases, and landbased forces. When facing such enemies, our advantage lies in Sea Basing that employs Sea Shield and Sea Strike capabilities to ensure sea supremacy by US and allied forces.

The Anti-Submarine Warfare (ASW) Continuous Trail Unmanned Vessel (ACTUV) is developing an unmanned vessel optimized to robustly track quiet diesel electric submarines. The program is structured around three primary goals:
1-Explore the performance potential of a surface platform conceived from concept to field demonstration under the premise that a human is never intended to step aboard at any point in its operating cycle. As a result, a new design paradigm emerges with reduced constraints on conventional naval architecture elements such as layout, accessibility, crew support systems, reserve buoyancy and dynamic stability. The objective is to generate a vessel design that exceeds state-of-the art platform performance to provide complete propulsive overmatch against diesel electric submarines at a fraction of their size and cost.
2-Advance unmanned maritime system autonomy to enable independently deploying systems capable of missions spanning thousands of kilometers of range and months of endurance under a sparse remote supervisory control model. This includes autonomous compliance with maritime laws and conventions for safe navigation, autonomous system management for operational reliability, and autonomous interactions with an intelligent adversary.
3-Demonstrate the capability of the ACTUV system to use its unique characteristics to employ non-conventional sensor technologies that achieve robust continuous track of the quietest submarine targets over their entire operating envelope. 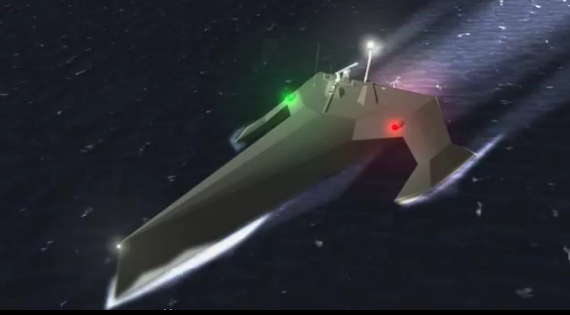 While the ACTUV program is focused on demonstrating the ASW tracking capability in this configuration, the core platform and autonomy technologies are broadly extendable to underpin a wide range of missions and configurations for future unmanned naval vessels. The program has four phases. 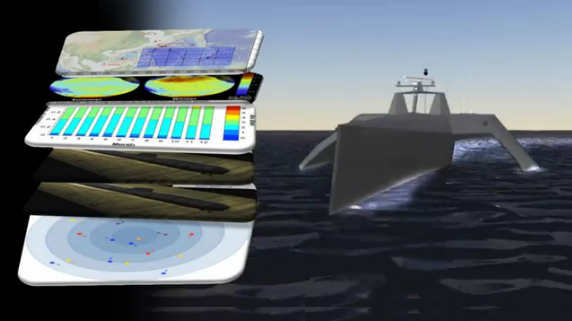 This article has been taken from Darpa.mil